9% urban Indian households say will buy an electric vehicle in 2020; Care for environment listed as top reason for buying it 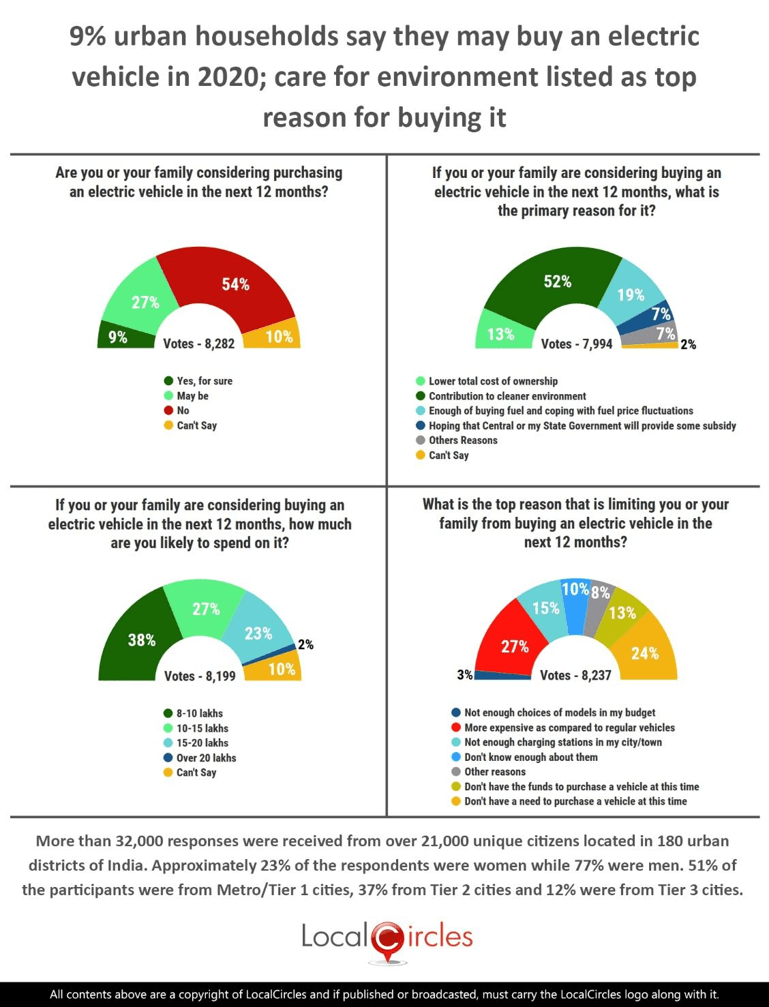 February 14, 2020, New Delhi: Environmental pollution has risen up to be a key global talking point in the last few years and vehicle emission is one of the top contributors to this issue. The United Kingdom recently proposed to end sales of all non-electric cars by 2035 while European nations like Denmark, Sweden, Netherlands and Ireland have bans in place from 2030.

India has some of the most polluted cities in the world and the Government has been scampering to find a solution for it. Budget 2020 allocated around 7500 crores for the upcoming year towards environmental work. But when it comes to reducing vehicle emissions, Electric Vehicles could become an integral part of the approach. To get a consumer pulse on the acceptance of Electric Vehicles popularly known as EVs in India, LocalCircles in collaboration with CNBC TV-18 conducted a 4-poll survey. The survey covered various urban households and received more than 32,000 votes from around 180 urban districts of the country.

9% urban households say they will buy an electric vehicle in 2020; another 27% express interest 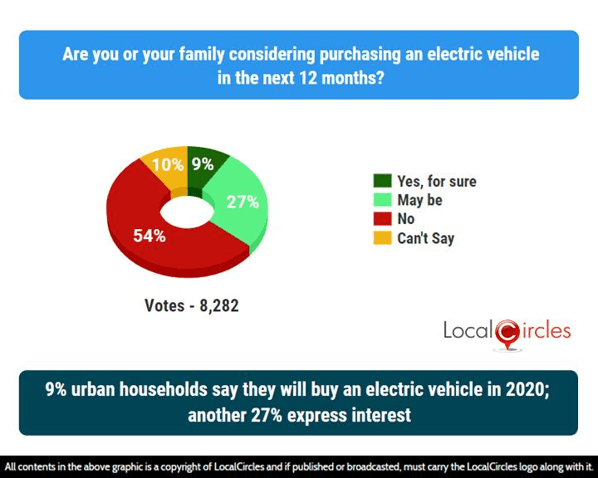 After Tesla initially owned almost all of the EV segment, many companies in the last few years have come up trying to enter the EV bandwagon. In India, companies like Maruti Suzuki, Tata and Mahindra have become the leaders in this segment. While Tata and Mahindra have already launched some of their Electric Vehicle models, Maruti Suzuki along with a few other companies showcased their concept and production ready models in Auto Expo 2020. 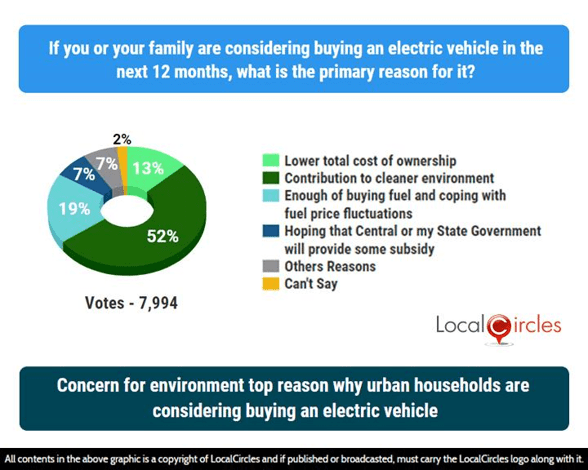 Buyers might also not be so eager to purchase an electric vehicle since they cost much more than their petrol or diesel counterparts. When asked how much they or their family were looking to spend on their EV purchase, 38% said 8-10 lakhs, 27% said 10-15 lakhs and 23% said 15-20 lakhs. 10% were unsure if they will buy an EV in the next 12 months. Overall, 65% of the consumers who are considering buying an electric vehicle will like to spend less than 15 lakhs on it. 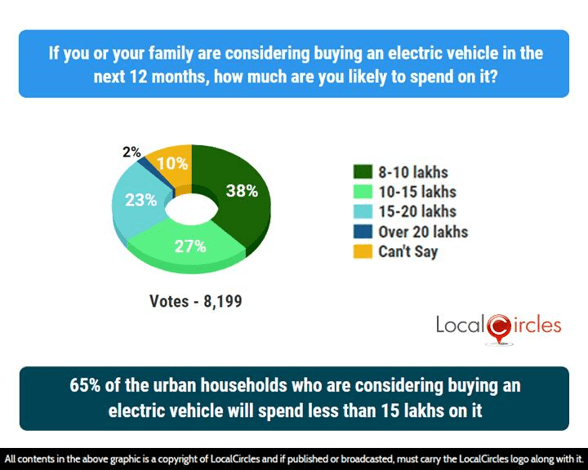 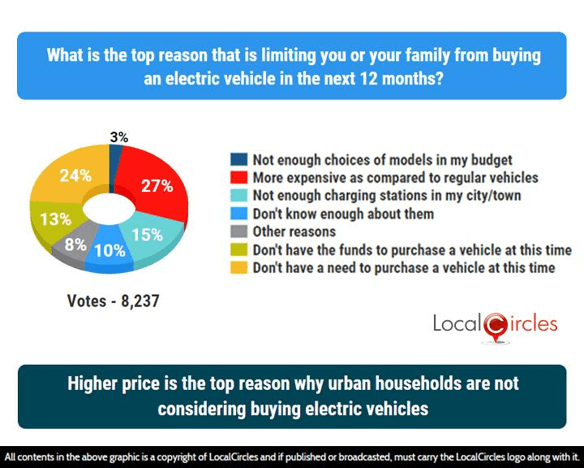 Looking at the results of the survey, higher prices seem to be the top reason why consumers are not considering buying electric vehicles. The limited charging infrastructure also poses a challenge in owning electric cars in India.

More than 32,000 responses were received from over 21,000 unique citizens located in 180 urban districts of India. Approximately 23% of the respondents were women while 77% were men. 51% of the participants were from Metro/Tier 1 cities, 37% from Tier 2 cities and 12% were from Tier 3 cities.

CNBCTV18 is India’s leading Business News Channel, owned by Network 18. It does special features, business news and stock market updates around the clock.