Essentials pinch during Pandemic: 70% households paid 25-100% higher for Tomato, Potato and Onion in 2020

November 2, 2020, New Delhi: Retail prices of household necessities, especially tomato, potato and onion have surged at painstaking rates across states of India as supply of these vegetable drops due to heavy rain and flash floods, upsetting homemakers to manage their domestic budget at a time when the earnings of many households across the country has been hit due to the pandemic.

LocalCircles conducted a survey to understand how much extra are people spending to purchase per kilogram of onions, potatoes and tomatoes as consumers show discernment over the rising price of these vegetables since the last two months. It also tried to understand an average amount a household paid this year for buying these vegetables as compared to 2019. The survey received more than 16,000 responses from citizens across 242 districts of India. Of which, 58% were from tier 1, 23% from tier 2, and 17% respondents were from tier 3, 4 and rural districts.

Essentials pinch during Pandemic: 71% households say they are paying more than INR 50/kg for Tomato, INR 40/kg for Potato and INR 50/kg for Onion 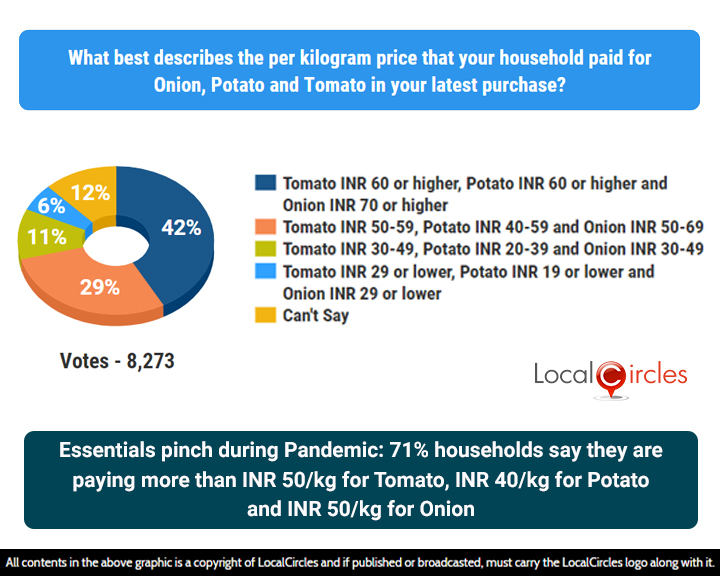 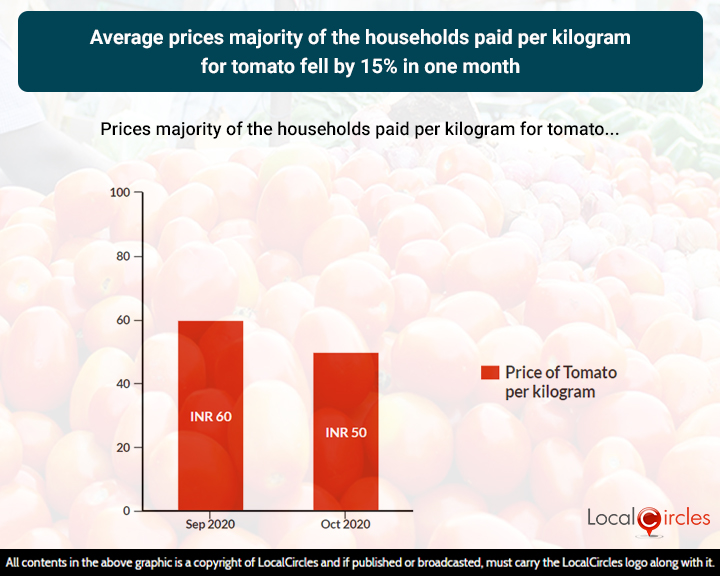 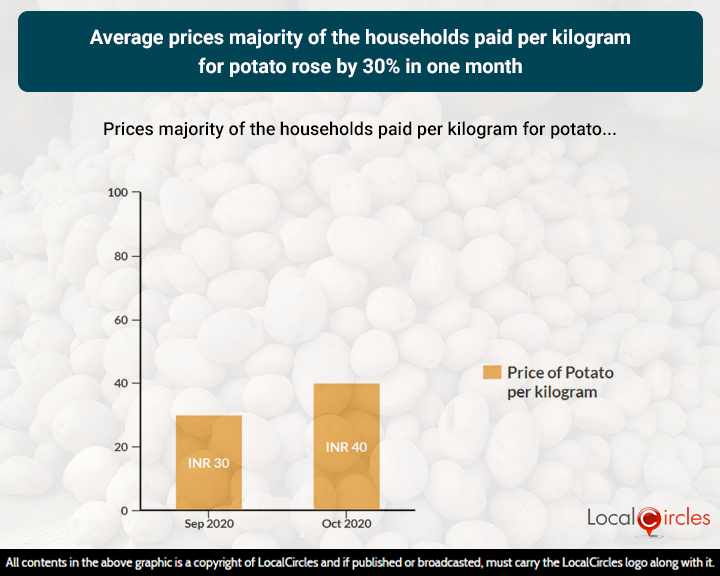 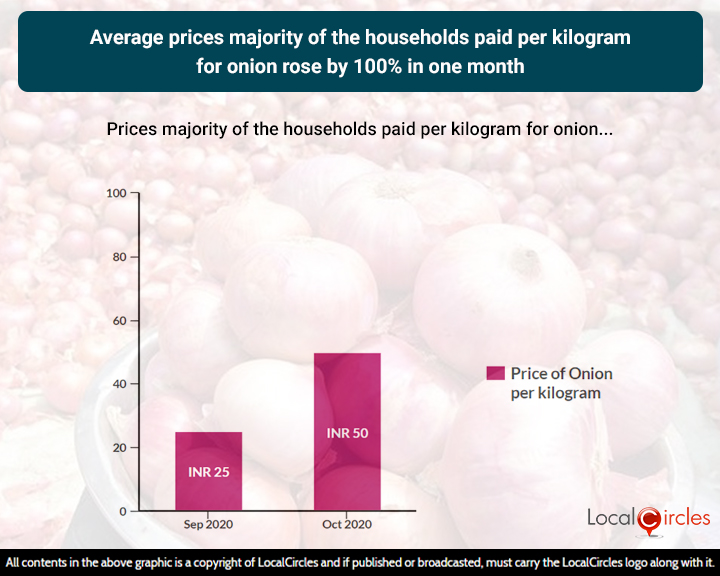 The second question asked citizens, “Overall, in 2020, how much higher price has your household paid on average for tomato, potato and onion in comparison to 2019?” 7,904 citizens responded. Notably, 70% households said they paid 25-100% higher prices this year for buying per kilogram of tomato, potato, and onion. Whereas, only 5% citizens said they “paid the same as last year”, while 1% citizens said they “paid less in comparison to last year,” and 11% voted for “can't say”.

This is indicative of a significant squeeze given the fact that many households have faced significant loss of earnings or loss of employment during the pandemic. Sectors like tourism, hospitality and restaurants have faced severe cutbacks as people continue to limit movement because of the fear of COVID-19. Those employed in many such sectors are dipping into savings, taking high interest loans just to make ends meet.

Essentials pinch during Pandemic: 70% households say they have paid 25-100% higher prices this year for Tomato, Potato and Onion as compared to 2019 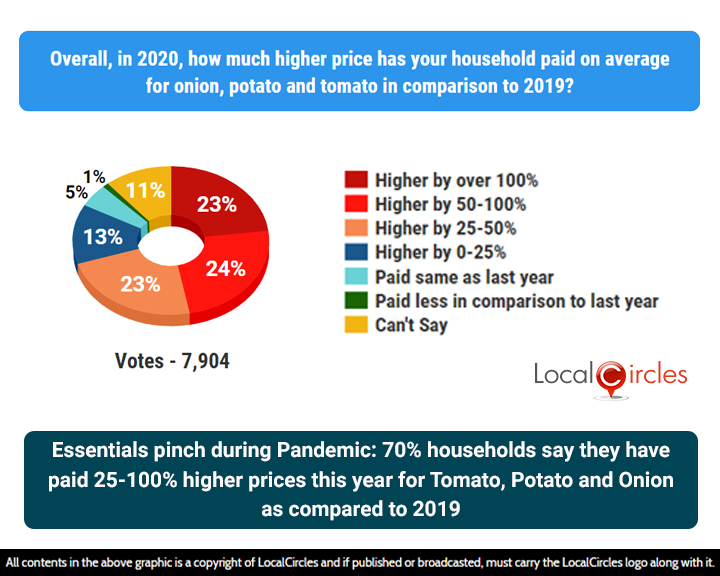 Experts, citing government data, say that the trade of these perishable vegetables in the retail market goes up at different rates across states due to several factors from disrupted supplies, mainly due to unchecked regulation on its trade. Meanwhile, few states have started taking actions against vegetable hoarders, per se, in an effort to ensure affordable prices in the market but with limited success.

An unregulated hike in the price of these vegetables or essentials and groceries is not new to the country. For instance, a similar survey published by LocalCircles on September 11, 2020, found that 73% households are spending more on monthly essentials and grocery items in comparison to pre COVID-19. In the months of March and April 2020, they reported being charged above the MRP cost as many were hoarding essentials fearing its shortages in the market facing COVID-19 lockdown at the time.

In the eight months of the pandemic, many are yet to fully recover from the giant-fall in their personal income facing job loss, salary cuts and delays. The rise in prices of household necessities have only added a burden to homemakers’ woes, especially for low-income earning households. The survey is part of a continuous effort by LocalCircles to bring authorities’ attention to the issue so actions can be taken to improve the on ground situation.