Citizen Poll on Monsoon Session of the Parliament

With over 13,000 citizens responding to the two poll questions, it provides collective pulse of how the common citizen feels about the recent State of Affairs in the Parliament. Due to the opposition stalling its proceeding in the Parliament not a single bill has been cleared, or even discussed. The opposition and the government is at loggerheads on the resignation of External affairs Minister Sushma Swaraj and Chief Ministers of Madhya Pradesh and Rajasthan.

This session of the Parliament that has been completely lost. Crucial bills like the GST that has a broad consensus are pending. The crucial amendment to bring the commodities market regulator the Forward Market Commission under the Securities and Exchange Board of India is pending. The agriculture commodities market is the most important market from pricing and inflation point of view, it’s been a witness to several scams but the regulatory environment cannot proceed forward without the amendment.

Similarly, to curb black money the Benami Transaction bill is pending another very important bill that has not been discussed in the Parliament and is awaiting clearance.

Poll #1 – Has the log jam in the Monsoon Session of the Parliament had a negative impact on India's progress? (13000+ votes) 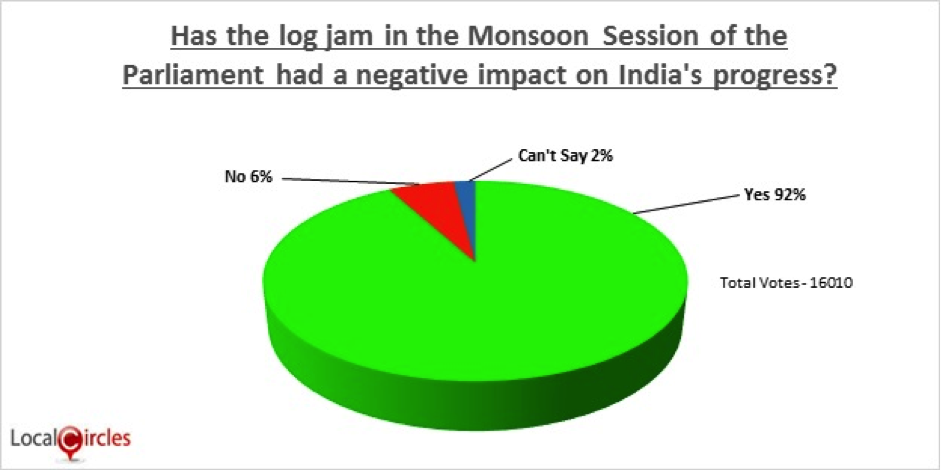 Poll # 2 – Since the Monsoon Session of the parliament has been washed away, should MPs take a pay cut till the Winter Session? (13000+ votes) 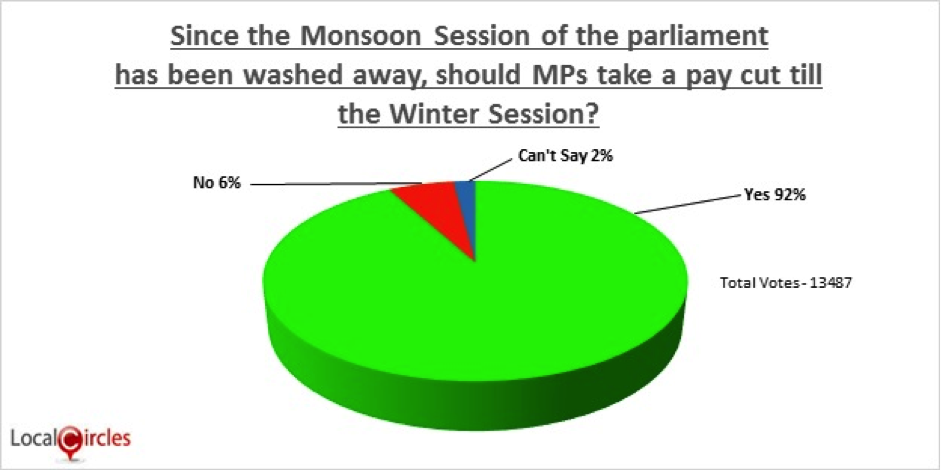 LocalCircles.com takes citizen engagement to the next level and makes it about Communities, Governance and Utility. It enables citizens to connect with communities for most aspects of urban daily life like Neighborhood, Constituency, City, Government, Causes, Interests and Needs, seek information/assistance when needed, come together for various initiatives and improve their urban daily life. LocalCircles is free for citizens and always will be!