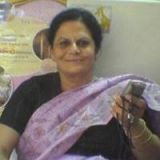 I have been receiving water bills in the range of @ 2000/- per month and no bills are generated like it used to be 4 years ago
Chits are dropped in letter boxes and lots of people in my colony are not paying water bills under pretext of not receiving any bills and no readings taken from the meter by Delhi jal board personal
I have been paying my bills fearing disconnection
I am living alone and my electricity bill is less than one thousand despite using AC
I would like to know about character of the bills from Delhi jal board
Is it chits in letter boxes of one person for entire lane or proper individual bills after taking reading of the meter
This month I am not paying bill for water @2500/- for a single person. more
Helpful Connected Consumers (Delhi NCR) May 27
Viewed by 117
View all 20 comments Below 20 comments

Om Prakash Bhola
The action on the part of occupants of the top floor to deny access to the roof of the building, to other floor occupants is illegal act, as its is a serious hazard as it would seriously hinder the escape of the occupants in case of fire and other emergencies. more
Jun 03

Dr. Neelam Nath
Chits dropped enmass in letter box of someone in the lane is making mockery of the system. Why were we receiving proper bills till about 4 years ago from Delhi Jal Board? Why is No Reading taken before generating water bills? Why is arbitrary system functional & bills are generated @location+address? Getting bills printed by entering K .No is No Big Deal for me. I can do it. I can meet PRO & Others in Delhi Jal Board,if I can get a New Water Connection in July 1998,without paying Bribe money,when fearless builders snapped off water supply line to my 1st floor,despite me having issued a separate water connection in 1982,when I purchased this flat from handicapped senior citizen( I did not realize that his adopted daughter had got a government job,just after BA at age less than 20, in place of her father who got handicapped while serving the government.) I did not know that her husband,Damaad of handicapped senior at GF,husband of adopted daughter, was power obsessed as not only a Damaad but suffered from Damaad Syndrome,to behave like Damaad of entire colony,snap water supply line & try to flourish without working. This is an example of Freebies being abused- Job given by government to adopted daughter in place of her handicapped father,her marriage to greedy person after handicapped owner of GF sold FF to me & Barsaati floor to another greedy builder-1982. Freebies Cause a Disease Called More Greed + More Powers to be Abused. Be Careful before casting vote & Do Not Yield in to the political parties promising the moon to to Slum dwellers-at our cost,the hard working lot. more
May 31 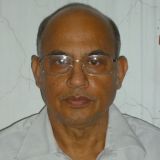 ASHOK GOLAS
You are incorrect in assuming that nobody in registered colonies is getting water free if consumption is less than 20 kl per month. Lots of people are getting it and your allegation of mis-governance is misplaced. You should have a working metre for connection to your flat. Ensure that. DJB provides individual connections to each flat. Do visit the DJB, customer service centre in GK. more
May 30

Dr. Neelam Nath
Lots of chits are dropped enmass in one letter box and I chanced upon to look at some chits about the charges for water and most of the people consisting of 1,2,3,4... Members per family are charged@2000+/ for 2 months or less than a month Is it fair? Is it justified? This is the reason for writing here I wanted to know about charges paid for Water by other households. It's not my problem alone. Unauthorised colonies are getting water for free and we are paying without taking reading from our water metres during past 4 years Everyone is paying fearing disconnection and just because they've made their own home and they're not squatters on the government land more
May 30

Justice Vibhu Bakhru made the above stated observations after Court was told that according to the guidelines, a fire clearance was not granted by considering the capacity of a building where one or more restaurants may be located, but by taking into account the number of seats in each eatery.

HC Bench stated that if a building has a separate restaurant on each of its floors, none of them would need fire clearance as long as their individual seating was below 50.

Bench added that,”It is moronic, for want of a better word. No wonder fire accidents happen. You (government) are looking at it (fire clearance) in the wrong way. You have to look at it building-wise”.

Delhi HC’s observations came while hearing the pleas by two restaurants, run from separate floors of a single building at Hauz Khas Village, challenging their sealing for lack of fire clearance.
While issuing notice to Delhi Government and other local authorities, seeking their stand in the matter, HC Bench stated that,”Prima facie, fire clearance has to be looked at from the view of capacity of building as a whole and not restaurant-wise.”

Petitioner, thereafter, agreed to keep one of the restaurants closed till requisite clearances are received and sought permission to run the other one at reduced capacity.

Court asked authority to immediately take a decision on receipt of the application and to allow operation of the second restaurant if it conforms to all the guidelines.

High Court has listed the matter for further hearing on August 26. more
May 31

Om Prakash Bhola
By entering K.No. one can get the actual bill in pdf format with meter reading, date of meter reading, units consumed, etc. more
May 30

ASHOK GOLAS
Chits are the printed bills generated by the hand held meter machine. If you want a proper bill, go to DJB web portal, enter your K.No.and print the bill. Else you can visit Customer Service Centre. more
May 30

Dr. Neelam Nath
I am living in FF of 50+ years old building consisting of two floors and barsaati floor There's lots of added structures on both floors upstairs and downstairs If MCD and 🔥 fire safety personnel come to demolish illegal structures ( wishful thinking) Mr K from Delhi government will be first one to squat and prevent demolition And he yells about safety of women! Our building is dominated by connected builders upstairs and downstairs more
May 30

ASHOK GOLAS
Dr. Neelam Nath: Write a fully documented complaint to the Vice Chairman & Chairman, Special Task Force (Constituted under the order of Hon'ble Supreme Court of India), Vikas Sadan, INA, New Delhi. I am sure something would come out of that. more
May 30

Om Prakash Bhola
In the wake of recent tragic fire in a Surat mall where various illegal structures and fire-hazard materials were stored, the municipalities have been ordered to seal such structures and remove the fire-causing/spreadng materials, etc. But, you are right, when a powerful and corrupt mafia of builders-officials is operating, the law-abiding citizen like you suffers and is constantly frustrated. more
May 30
View 20 more comment(s)
Post a Comment