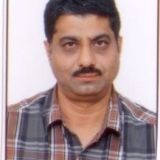 I want to know if I can get some legal help to file a case against DDA, who have cheated us very badly. more
Helpful Connected Consumers (Delhi NCR) Oct 06
Viewed by 104 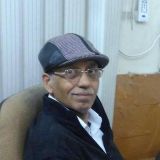 S K Virmani (Expert)
In my view, the complaint may not be of cheating and fraudulent transaction. It may be a deficiency in services and well could be taken up under Consumer Protection Act. However, look into the limitation period. Please immediately consolidate all documents and send a written notice for redressal else taking relief at their risk and cost. You have the right to seek relief for including mental agony due to deficiency in services by DDA. In case if it is possible to contact other allottees and get to know what is the position with them. You can also initiate getting information under RTI about the payments and status of your complaints. more
Oct 09 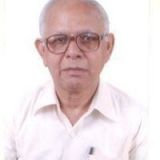 G. C. Mathur
I am a consumer activist with 37+ years experience. I would be able to guide if you could send me online datewise history of the case in the first instance, to be followed with supporting evidence. I may be contacted on email id: gcmbinty@yahoo.com. M: 9910338312. more
Oct 06 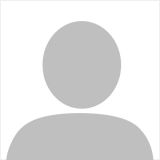 Urvi Sukul Singh
My daughter is a lawyer.I could private message you her number if you so desire. more
Oct 06 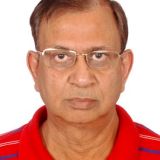 Ravinder Kumar
I suggest you briefly describe the issue to help the members to understand the case. Without the details , I do not know whether you need to go to consumer court or civil court. more
Oct 06

Venkata Raman Kumar Rekapally
My father and myself had jointly applied for a DDA office space in Janakpuri district Centre in 1984 and paid all the installments as stipulated,except the last one,for which DDA had specifically told to wait for an intimation from them.The last but one installment was paid in 1986 and thereafter,DDA never intimated for 13 long years till 1999. AT THE TIME OF APPLICATION,THE TENTATIVE COST WAS SUPPOSED TO BE AROUND 3.5 LAKHS OUT OF WHICH WE HAD PAID 3LAKHS till 1986.In 1999,we were shocked to receive an intimation of 16 lakhs as final installment,which was beyond our capacity.Later,in year 2000,DDA unilaterally reduced the final installment to around 9 lakhs ,maybe after protests from other allotees,which was still beyond our capacity.At that time,DDA had sent us the demand letter,in which thy had clearly indicated the amount paid by us,the interest accrued on our paid amt due to delay from their side as well as 9 lakhs balance as mentioned above.We applied for a cancellation in early 2001 and the allottment was cancelled by DDA who ,while sending us the cancellation letter,asked us to produce certain documents along with the original payment challans and registration amt paid.Unfortunately we could not proceed further at that stage due to continuous ill health of my father,who was around 65 years of age in 2001 for many years.In 2007,while he was still unwell, he met with a serious road accident with multiple fractures,dislocations and organ damage.He took around 6 years to fully recover ,by which time he was in his late seventies.After he recovered,we again started to contact DDA for refund,for which,this time around,we submitted all required documents,challans,bank account details and cancelled cheque,for which we were promised early action for refund.
We waited for the same and were shocked to receive a letter from DDA on 6th Sep 2017 stating that nothing is due to us and that we have to IN TURN PAY BACK TO DDA FOR SOME FICTITIOUS DELAYED PAYMENT from our side.Flat is not given,our hard earned money is embezzelled,and to add salt to injury ,they ask us to pay for a delayed payment for a product never delivered ,FOR INEFFICIENCY ON THEIR PART.
We wrote many times to DDA to refund our money,with a copy to LG Delhi,but to no avail.
PLEASE PLEASE SOMEONE HELP US AGAIST THIS SARKARI GUNDAGARDI AND ANDHERGARDI. more
Oct 06
Post a Comment